68 year old Derek Watson was recently reunited with the bike of his youth – a BMW r60/2 – a bike he rode from land’s end to John o’groats. We find out more about man and machine… 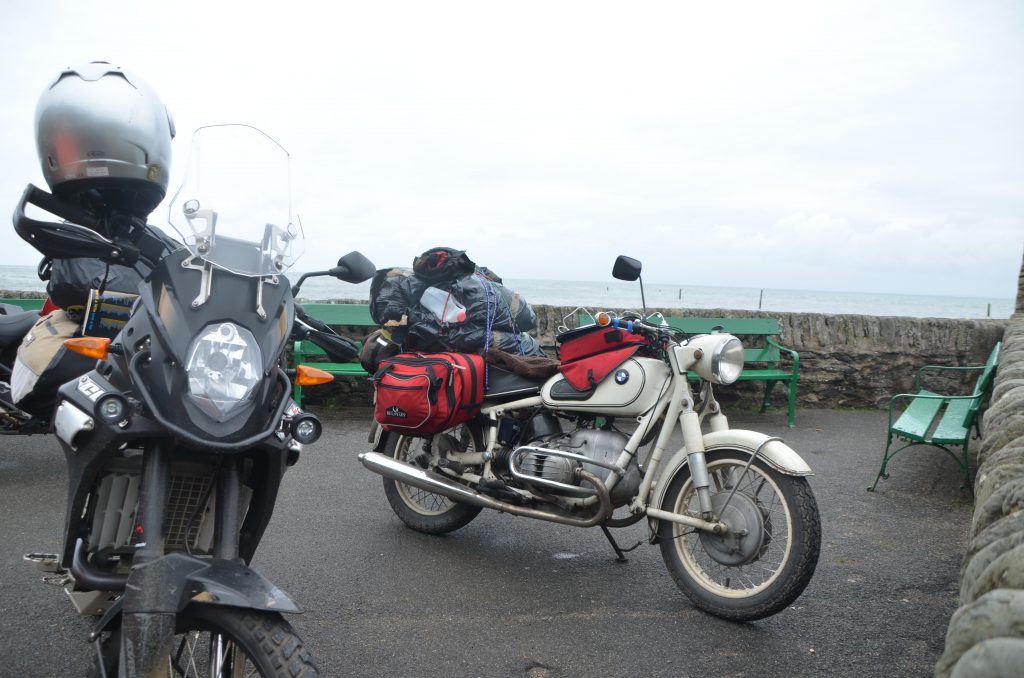 The first bike I had was a 1952 BSA Goldflash with a Swallow sidecar. We got up to all sorts of mischief on it. My first day riding it, I’d just turned16 and I was up at 7 o’clock to take it for a spin. I’d got my little brother and sister in the sidecar and set off on it thrashing around the streets. The local policeman came knocking on the door that evening and told me I had to slow down a bit! We did of course, but only when he was looking.

At the age of 19 I acquired an Ariel Square 4 from a neighbour. In those days all we had were motorbikes. I was 25 before I had a car. The bike was what you went to work on in the week, on the Saturday you fettled it, and on Sunday you went to the races. We’d often go to Brands Hatch. Back then the motorway started at Coventry and ended at the North Circular. We’d go down and back in a day to watch the races. It seems a long way to go nowadays! 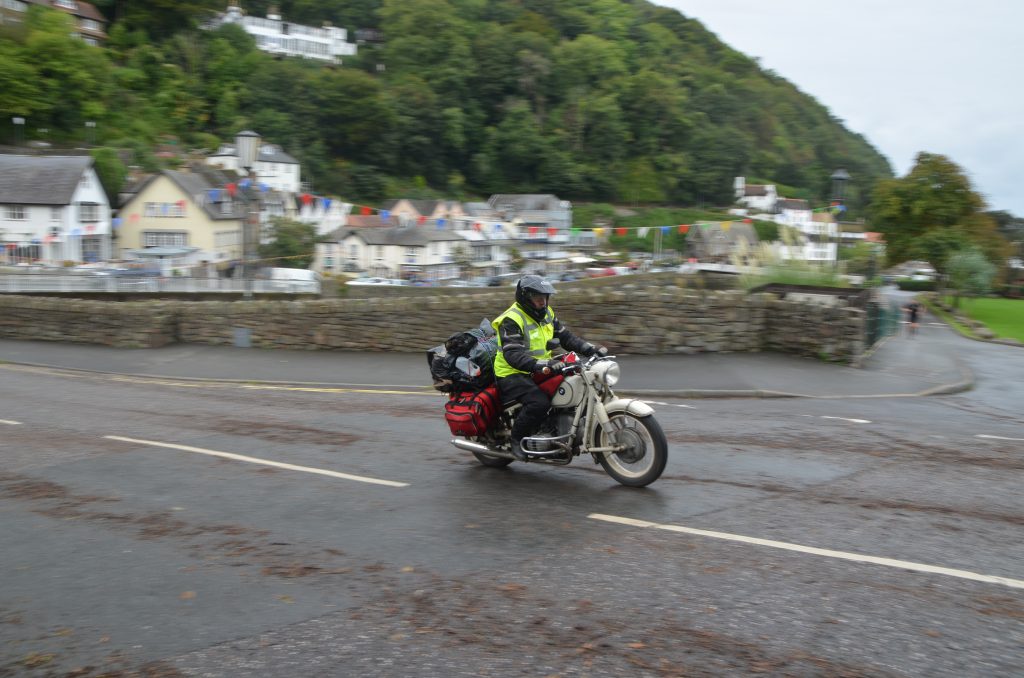 In those days you’d didn’t just get on them and ride them. You’d had to fettle them at night to make them last. That’s the way you had to do it. The BMW was different. It was absolutely unbelievable. It never leaked oil and on top of that it was so smooth. You could ride it literally flat out and it wouldn’t bother it, holding its 85mph top speed all day long. Your feet didn’t vibrate off. Your hands didn’t tingle. On the BSA your feet would shake off the footpeg.

As good as it was, if I went out with my brother I could pull 100mph in my brother’s slip stream, but it’d be over revving and it knocked the main bearings out. I thought, ‘I’ve got to get something faster to keep up with him’, so I bought a Honda CB750 KO. I sold the BMW to a chap down in London if I remember correctly, and I’ve had many different bikes ever since. I’ve never not had a bike.

At the age of 67 I retired. I was bored. The wife told me I had to get something to do. I said I was going to get another BMW as I’d always thought fondly of the R60/2 I’d got rid of all those years ago. This one came up on eBay. Nice pristine examples would sometimes come up and command a lot of money. But I knew what I was doing with mechanics so didn’t mind buying one that needed some work doing to it.

This one came up as a non-runner. I bid on it and won it for £3200. I spent another £800 to get it running. There was a re-bore and pistons, new clutch, odds and sods really. It was a standard bike apart from the previous owner converting it from 6v to 12v. It’s an import. God knows where it’s come from, but I’m not bothered. 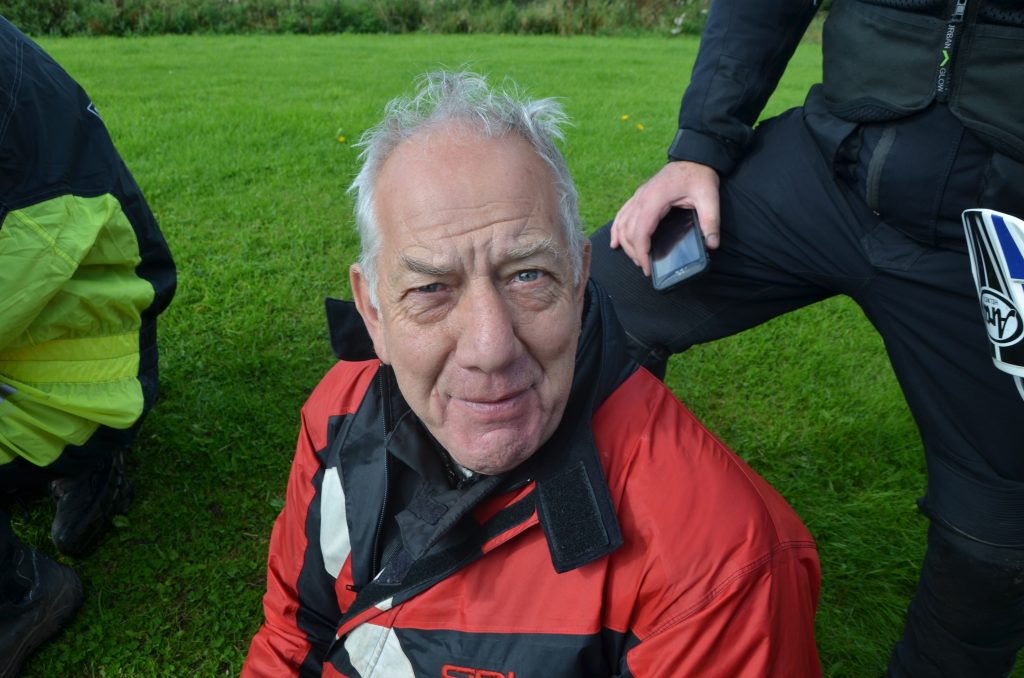 I bought it to ride. I got it running quite quickly, but it was pretty smokey at the start. It’d also got a horrible oil leak. Once we’d sorted out the re-bore it was sorted. I bought it to relive the past mainly. When you get old you seem to want to go out and buy bikes you had when you were a kid. When you’re on it you feel like you’re 18 again, it’s like going back in time. It’s hard to ride mind. Modern bikes are so much easier. You just push the starter and go. If you stall the BMW you have to get off the bike to start it as the starter comes out from the side at 90-degrees.

This one won’t leave me now. I’ve no intention of doing it up, it’s not a show bike. When you get them shiny and polished they just sit in the garage, and I much prefer riding them to cleaning them.

When it came to riding from Land’s End to John o’Groats back at the tail end of Summer I did have a Honda VFR750 and a Kawasaki W650 I could have gone on, but I wanted to take the BMW. Before that run the furthest I’d been on it was an 80 mile round trip to Oxford and back. It was happy cruising at 50/55mph and that was good enough for me.
The luggage I used was a set of Oxford panniers I bought from the BMF show in Peterborough 30 years ago. I bought a tank bag from my nephew and kept a roll of tools in it. I ended up only using them on others peoples bikes. Over 2500 miles it didn’t miss a beat, apart from a piston rod disconnecting itself on the front shock.

It’s mental how much interest the bike gets. Straight away, as soon as you park up people come and ask about it. It’s 1965, but looks a lot older. I’ll never sell it. I keep asking the missus if she wants a sidecar on it. But if I get a sidecar for it I’d need a new garage! As for the next trip on the BMW, I have nothing planned. I’m just going to enjoy 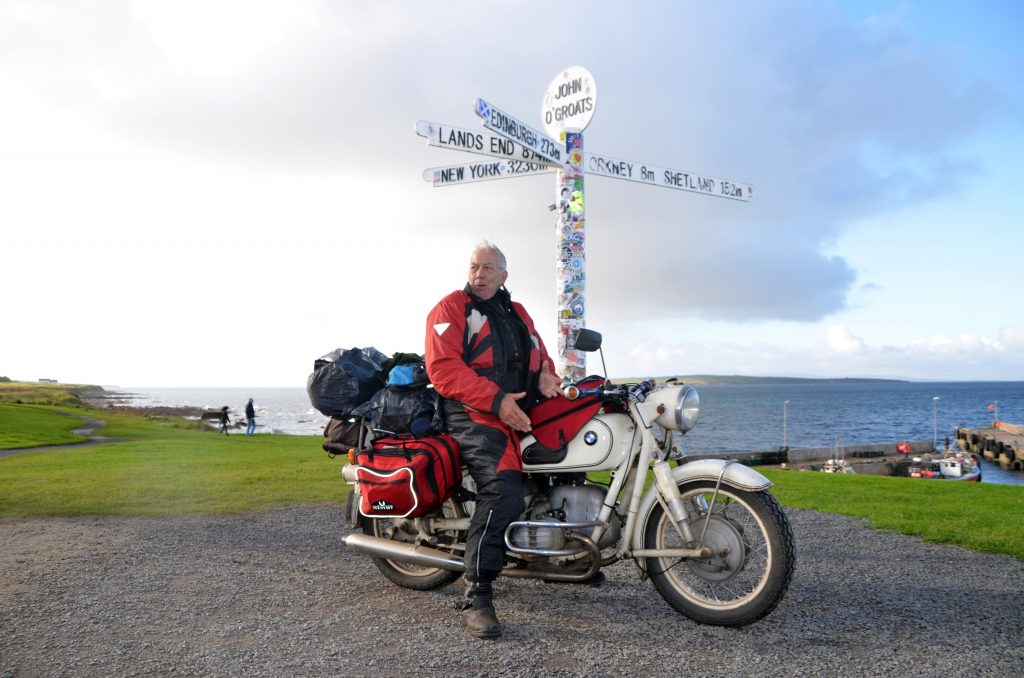