At the age of 22 Rhys Lawrey rode his Triumph Tiger 800 around the world. His aim was to have a good time and to try and encourage other young people to get out and see the world as well… 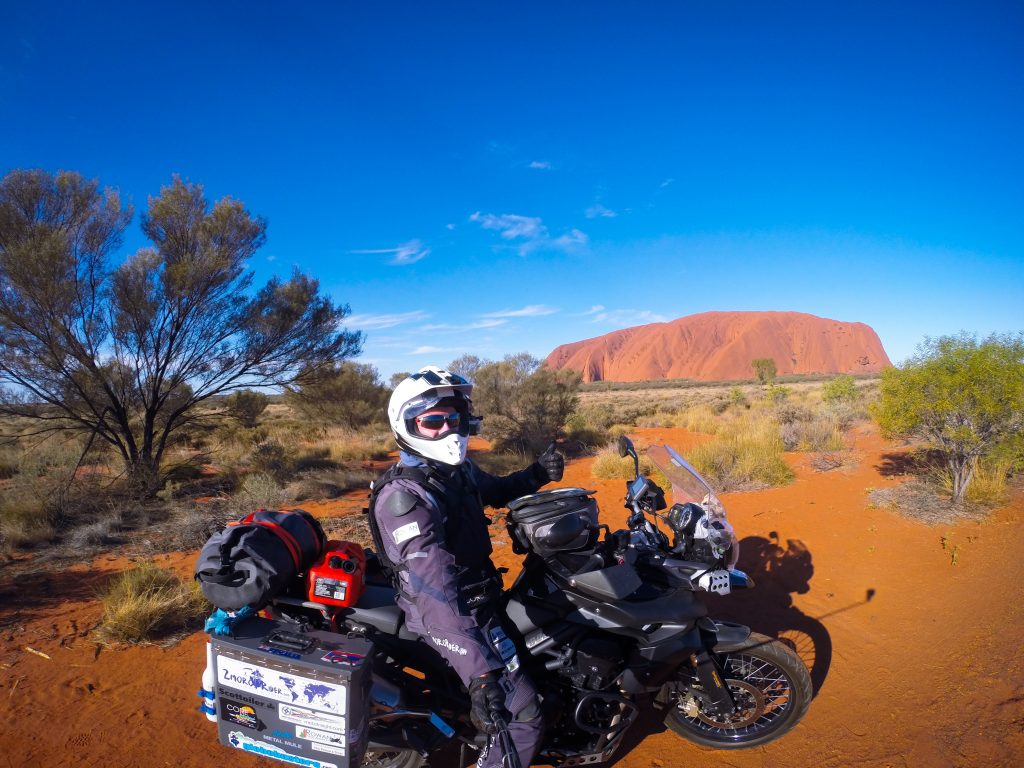 The idea came about when I was in New Zealand, Skyping my old man (Globe Buster’s Kevin Sanders). We’d talked for a while about doing a father and son trip as I was living in New Zealand and he was living in Europe. The longest we’d ever lived together was 6 months and so it seemed like a good way of spending some quality time together.

At the time he was organising one of his London to Beijing guided trips, and the original idea was to join him on that.

Somehow, from there the idea snowballed and soon progressed to riding around the world, but the reality still seemed a long way off. Back then I was working as a bartender in Auckland NZ. I’d done my manager’s course and had been offered an amazing opportunity to go and run a bar in Las Vegas. It was one of those T-junctions in life. On the one hand I had the option of a good salary, a nice lifestyle and financial security. On the other hand I had the idea for this trip burning away inside of me. I chose the trip.

At the age of 22 I left London and headed East with my dad, riding through Europe, Central Asia, China, and from there alone down to New Zealand, across to the Americas, up through southern Africa, and Europe. I passed through a total of 71 countries, covering 57,000 miles in the space of 15 months. 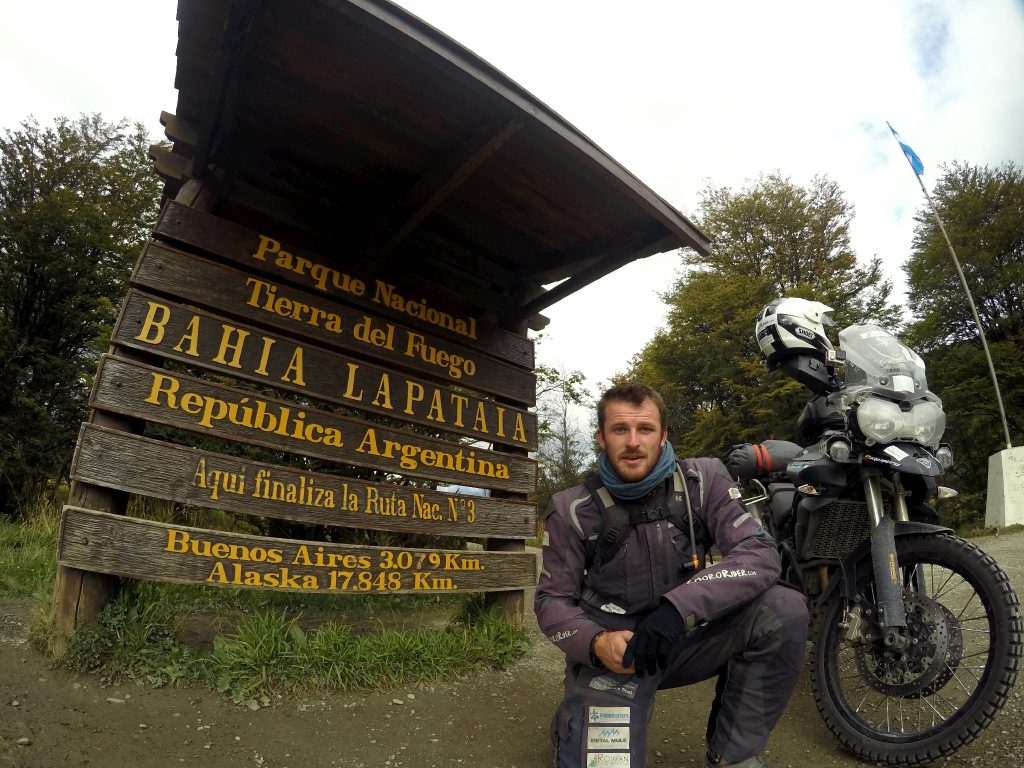 One of the most common questions I get asked is about my career and the possible damage that taking off on a big trip can do. The thing with me is that I’m not academically strong and never have been. I’ve not been ambitious to go to university or anything like that, but I have always been hard working and keen to progress.

You can look at it two ways. When you’re young you have nothing to lose. You don’t have a partner or kids. Alternatively, you could get a career, build on that and within 10-15 years you might become very restricted and may never get the chance to go. I meet a lot of people who tell me about their barriers. I think we have them at any age.

Thankfully my mum was very supportive. At first she was a bit worried that her boy was going into danger. But her words were; ‘You have nothing to lose but yourself, so you should go and do it. Careers, jobs; they’re always there.’ Not everyone has that support and without it it can tough. I’d say if you’re being told not to do the thing you want to do, then listen to yourself. We all know what we want to do and if you can explain to people what and why you want to do it, then in my book if they truly love you they’ll support you.

But it is hard; overcoming other peoples’ objections is one of the hardest things.

The benefit of doing something like this when you’re young is that you’re a lot more vibrant. You’re healthier, and probably a little more agile and able to recover more quickly – particularly when you fall off. This could also be seen as a negative, as when you’re younger you’re also a bit more naïve and oblivious to dangers and consequences. You’re also less likely to have pre-conceived ideas about what people or countries are going to be like and therefore you’re inclined to be more open minded. 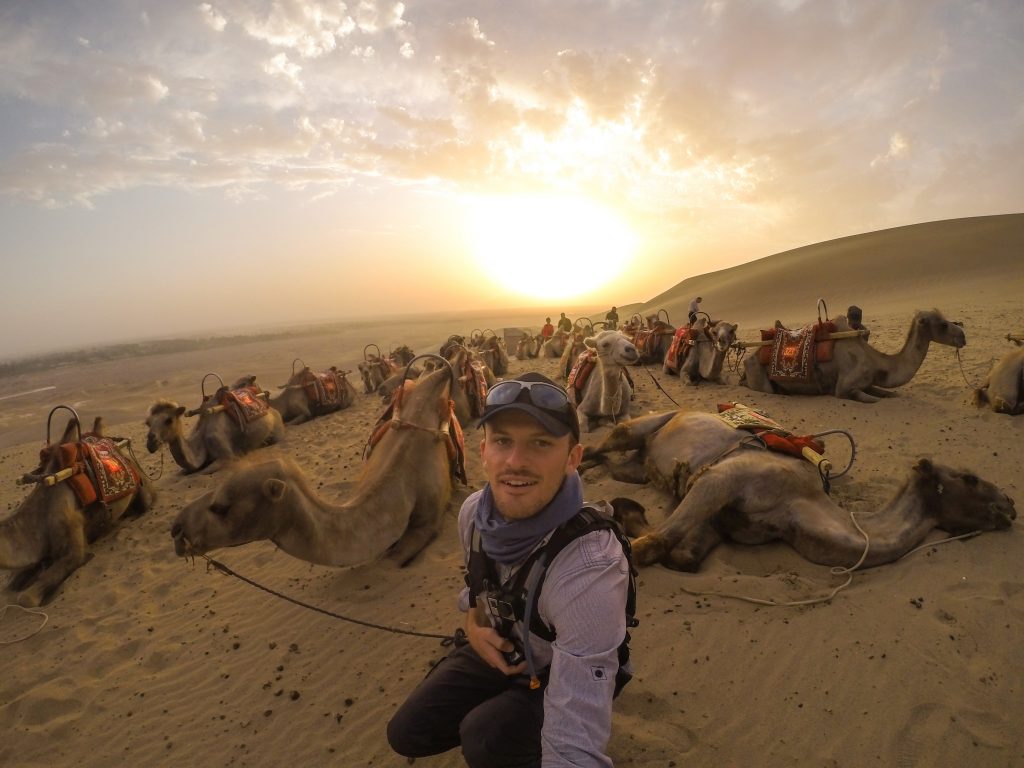 On my trip it didn’t hit me until I reached Turkmenistan the scale of what I was doing. But you face all these challenges and you start to mature. You have to. And you start to realise the benefit of that naivety as it helps you take a jump into the unknown.

When it came to documenting my trip my aim was to try and connect with a younger audience who are more likely to be about the here and now. It’s all about Instragram, Facebook and Twitter, and the only way to reach that audience is to speak their language. So I got out the selfie stick and used the front camera on the GoPro and phone. I’m also dyslexic and struggle to read and write, so for me it was much more within my reach than say writing a blog or a book, like other people do.

It wasn’t until I came back that I realised some of the people following my trip have gone off and planned their own adventures. That was a great feeling and always nice to think you’ve given someone the encouragement to live their own dreams. The only thing I’d say about blogging and vlogging, is that it can become a burden. There are times when I didn’t film or take pictures, and that’s hard because the more you document your trip the more expectant people are to see what you’re up to. Like anything it’s best done in moderation. You have to enjoy the trip first and foremost. 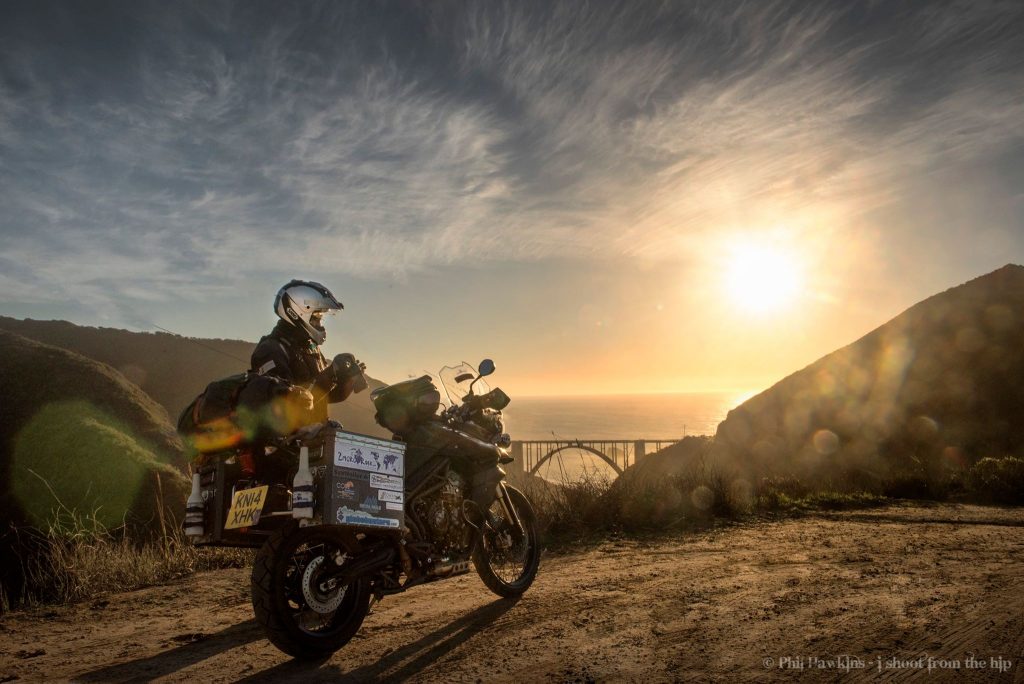 I have to laugh when people say ‘just go and do it’. It’s never as easy or as simple as that. If you want to do it, you can do it, but it takes a lot of determination and sacrifice, with sacrifice being the biggest thing you have to accept. The main thing is to appreciate that everyone’s different.

There’s no practical ‘here’s how to do it’. On a broader scale you need money and to find some time. But how to go about it, that’s the difference. Because we’re all different. Different circumstances, different health, different wealth. Different views, different personalities. As long as you get out there and do something, that’s the main thing.