Proving that you don’t have to go around the world to have an adventure, family man Alan Dupré takes part in the annual Round Britain Rally, an initiative to help get people out riding…

My name is Alan Dupré. I’m 46 years old and live in Manchester, where I provide IT support for an insurance company. I’ve been riding for over 10 years and currently have a Honda CBR1000RR Fireblade in the retro Urban Tiger scheme.

Originally I owned a 2008 Blade that did almost 100,000 miles with very few issues. I had an opportunity to buy this 2014 model at a great price and it has quite a few updates over the 2008 model, making it better to ride. The only modification I’ve made are heated grips, which I think should be standard on all bikes sold in the UK!

Joking apart, it’s actually very good on fuel for a sports bike in regular riding, so 150+ miles from a tank is easy, with almost 200 possible if I’m careful. With the rack it handles luggage okay too, and I’ve not had any problems with comfort on long trips either.

I got involved in the Round Britain Rally having read a very small article in Bike magazine, which mentioned the event and gave a web link. 2016 was the first year I took part.

The Rally is a laid back orienteering event by which riders at the beginning of the year are given a set of locations, with it up to them as to how many they go out and tick off during the year’s riding season. 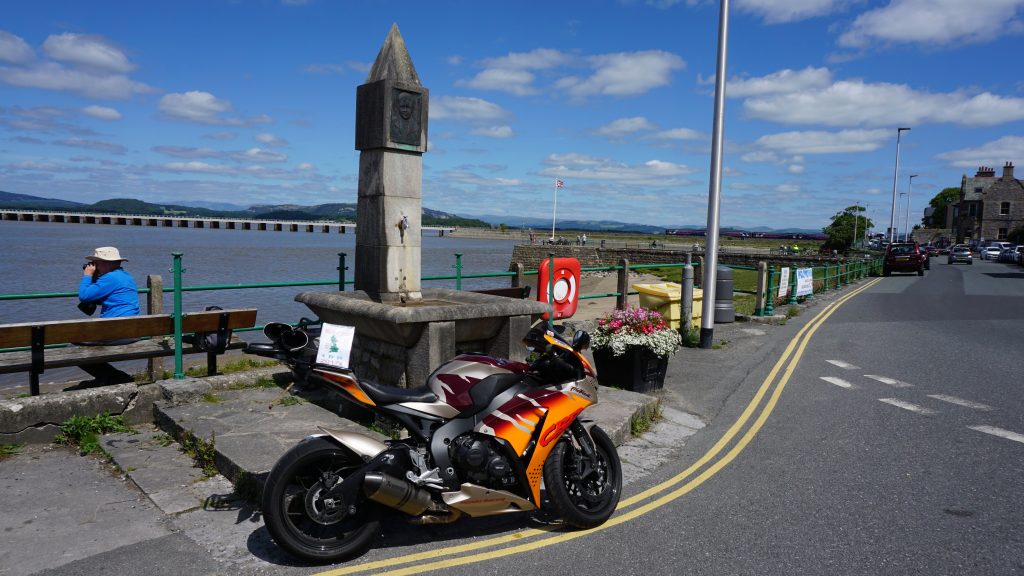 What I like about it is that it’s a great way to visit locations in Britain you never knew existed and learn some history at the same time. I find it makes trips on the bike interesting and gives my riding a bit more purpose, as like most people, I don’t like just riding around aimlessly.

In 2016 I was awarded ‘finishers’ certificate and for 2017 I’m hopefully going to be getting a Silver award.  Doing it certainly put some miles on the bike and enabled me to see some  amazing places along the way.

Once you’ve signed up you receive a list of the landmarks for the year. It’s roughly two landmarks per county and covers mainland Britain, from the far end of Cornwall to the top of Scotland, West Wales, Kent and the East Coast – hence the name ‘Round Britain Rally’.

The details of each landmark are deliberately vague, with each one needing time to research and locate on a map or find the nearest postcode, depending on how you navigate.

Then it’s up to each individual to locate as many or as few as they want with different certificates awarded depending on total points scored throughout the year.

It runs from 1st April to the end of October. When you visit each landmark you have a printed check card to display with your bike plus the landmark. All are accessible from public roads, it may just take a bit of skill to get your bike, the landmark and the checkpoint card in the image – sometimes a short walk is needed. The scores for a landmark vary depending on location – so far flung locations may score 50 points, central England ones 15 or 20. 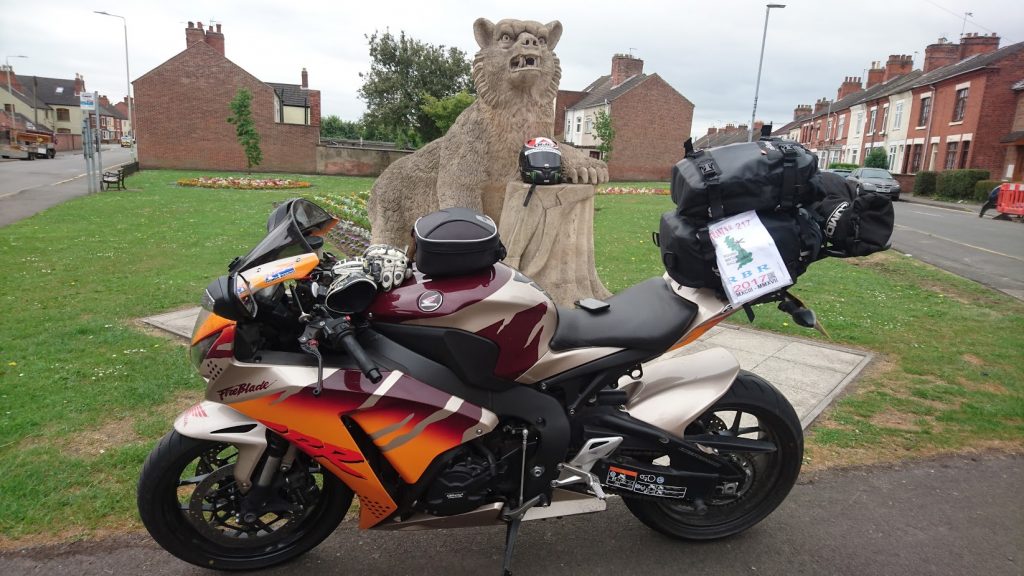 In 2017 the first place I ticked off was LM82 at Chirk Estate. The clue was ‘Red hand of Chirk atop white iron gates.’ It was a stunning setting and somewhere I will return to visit with more time. It was also somewhere I never knew about but had been close to a number of times.

My favourite landmark is a tough one to answer, as they’re all so different, ranging from Roman ruins, medieval bridges, bronze statues in town centres to a memorial to a young boy lost to the incoming tide, which was very sad to read about.

I think the one I spent most time at, due to it’s location, was LM72 – Nant-y-Mooch reservoir dam Cairn with plaque. The weather was perfect and a stunning location in the middle of Wales; I would never have ventured to it had it not been for the Rally.

For 2017 I visited 37 in total, equating to 45%. Annoyingly, I got one wrong in Applecross so missed out on 50 points, yet I was within one mile of it. In terms of mileage covered I didn’t keep an exact track, so that’s something I will do for 2018. I think I must have covered around 3,500 – 4,000 miles as I made two trips to different parts of Scotland and got landmarks on each. 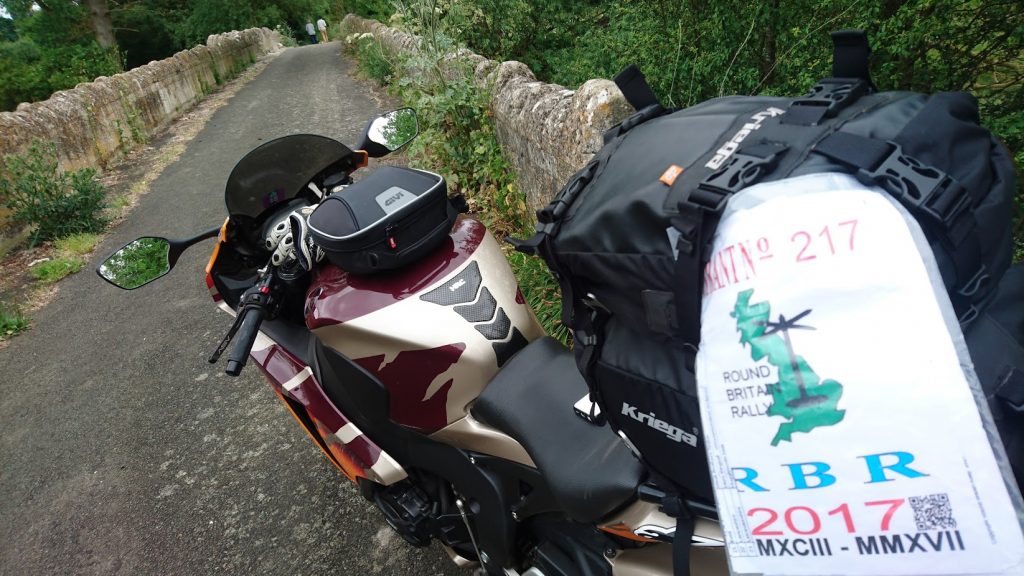 For anyone wanting an excuse to get out more and are thinking of signing up I’d say it’s definitely worth it. It’s not an easy task but it’s up to each individual how much time, effort and cost they put into it. I think those who get to all 82 landmarks show huge commitment (maybe they are also retired). You will see so much of Britain and hopefully get to visit some great cafés for cake and coffee on the way, which is really what it’s all about!

My one piece of advice would be to make sure you have the locations of the landmark and maybe a saved image before you set of. Saving locations on Google Maps on your phone helps, but be warned, some locations will have limited phone service. Another important piece of advice is to take your time at each landmark, learn about it and above all else enjoy it. That’s what you’re there for.

Next year I will sign up to the Rally again in 2018 and set a realistic goal, with my target to get 50% of all landmarks – hopefully more if I make it down to Cornwall. I just need them to launch a Round America Rally, to give me an excuse to go there and tick off some famous landmarks in the States!

To find out more about the Round Britain Rally visit: www.roundbritainrally.co.uk 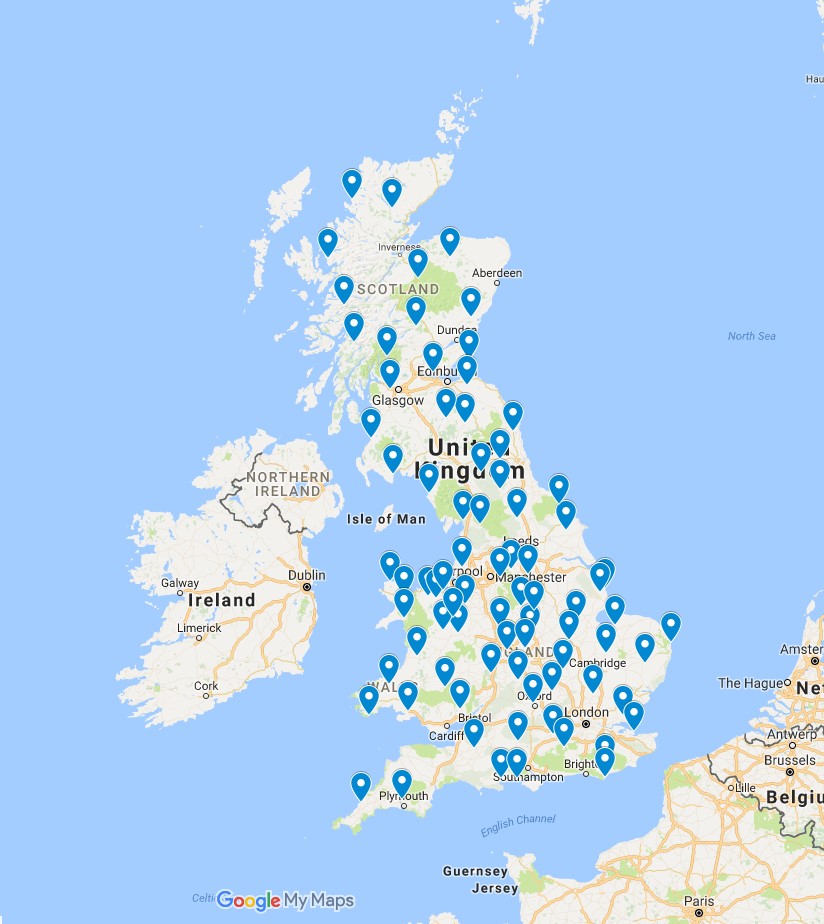