Still at university with scare money available, students Seán and Charlotte on how they spend their summer breaks riding motorbikes. 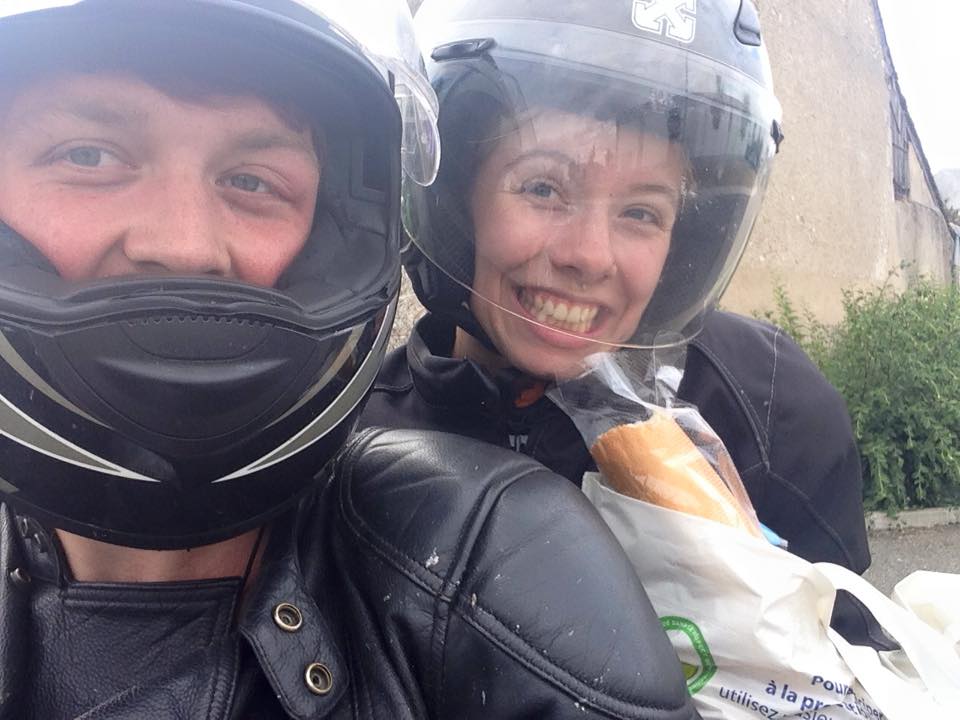 Seán had always been into bikes and passed his test when he was 17. I always thought they were hopelessly uncool and my parents had always warned me off them.

Then in the summer of 2015 we were supposed to be going to Nepal to work for a charity during the summer break, then just before we flew the earthquake struck and the trip was cancelled. We were offered the chance to go to Morocco instead and with the money we were refunded for the flights to Nepal we decided to buy a motorbike and ride there. When that charity work also fell through we decided to just spend the time riding around Morocco instead.

Ten days before we left Seán took a train up to Yorkshire to buy the Honda Rebel 250. We were originally looking for an old Transalp or Tenere but they were all old and tatty for the amount we had to spend. That’s when we saw the Rebel 250, which was even older, but we thought it looked cool and only cost us £700.

We set off to Morocco with a Tesco tent strapped on the side. We could only fit one roll matt so we shared one between us. The proper Rebel panniers were £200 so Seán took a few fridge racks, hacksawed them apart and fastened them to the side. We bought some army rucksacks for £6 that clipped to the improvised racks. We had a tank bag and that was it. 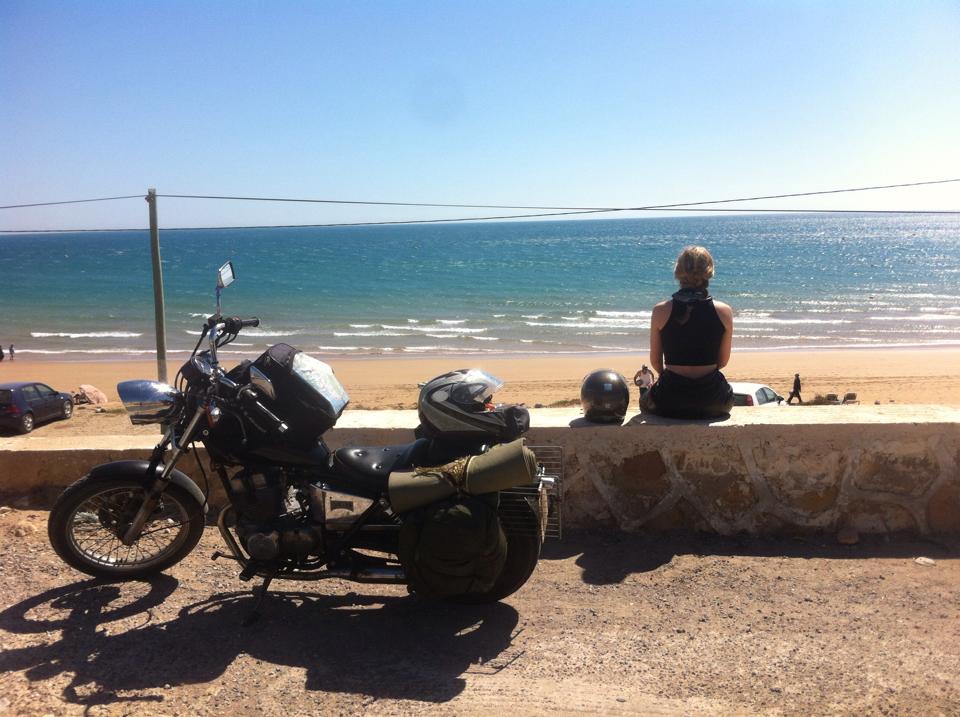 The budget for the trip was about £1700 between us for the full six weeks. We had seven days to get from Aberystwyth to Marrakesh. We took the ferry from Plymouth to Santander. For me it was the first time I’d really been on the bike and in the first day managed to weld my boot to the exhaust.

I found it quite intense. We called it my daily wobble. Every day I’d burst into tears and not speak to him. But we were riding up to 350 miles a day, the bike wouldn’t go above 60mph and we were camping the whole way, so it was a bit of baptism of fire as a first bike trip.

We had a few troubles with the bike. Two up with our luggage we were way over the weight limit and found the suspension was so over loaded two bolt heads were taking gauges out of the tyre every time we went over a bump.

But we got to Marrakesh having ridden through the night. From there we went everywhere; to El gedida, Esarera, Sidikowki, Casablanca. We had 22 days in Morocco in the end.

To navigate we had a map of France and Spain. In Morocco we bought local sim cards for ten Euros each we got 3gb of data, and the coverage in Morocco was incredible – better than Wales. We used Google maps and there was never a point where we didn’t have coverage. We kept paper maps but never needed them.

Riding in Morocco was never dangerous in the sense that you felt people were going to harm you. It was more the way people drove, but being on a 250 we were actually pretty quick as all the bikes and cars out there are even slower. The best thing about the bike was definitely the attention it got us. We’d make a lot of friends this way.

My parents were a little worried, my dad in particular who hadn’tt travelled much in his life. There was an element of him that thought, ‘She’s my daughter, she can’t do that!’ Then there was another side of him that thought; ‘Hell yeah, that’s my daugther. I think his pride in me evetually overcame his worry.

On the way back in Bristol the speedo caught fire. It was the first time it had rained and must have been an electrical problem. We never did get bike started again.

But our advice would be to just go for it. Don’t wait until you’ve got enough money to afford a good bike, because even a good bike can go wrong. Seán’s dad bought a new bike. His plan was to go to Morocco. And that didn’t even make the ferry! 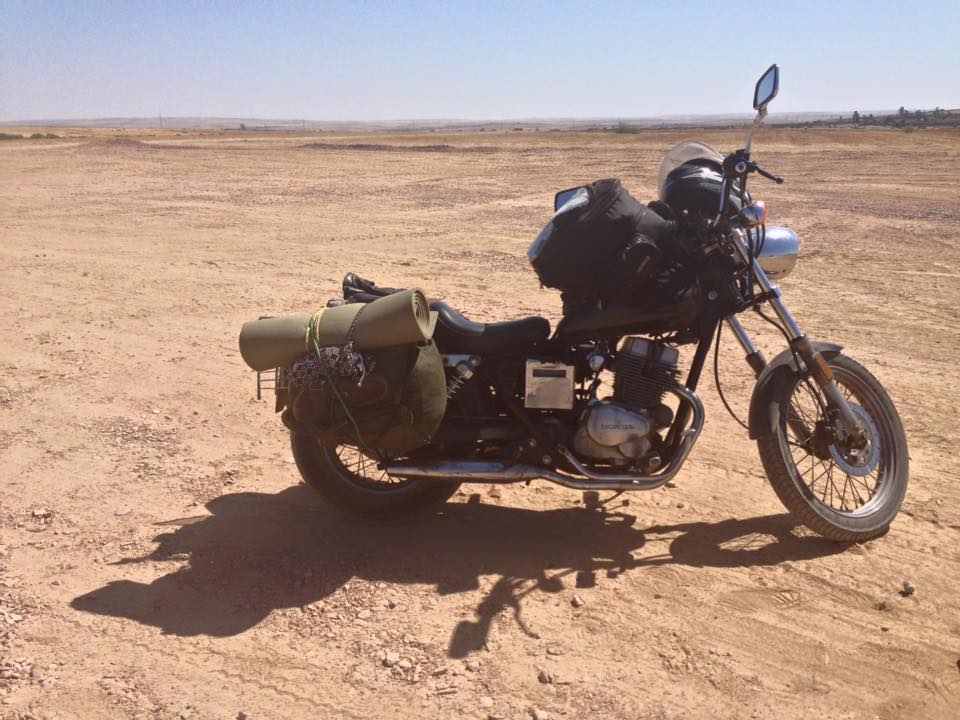 I just wasn’t really prepared for how much motorbike gear costs. I spent £50 on a pair of leather trousers, £30 on a jacket, £40 on a helmet, a spare pair of Seán’s gloves, £40 on boots, and that was the bare minimum of what I could find. The only thing I still use now are Seán’s gloves. The rest lasted the one summer then had to be binned. It was just poor quality.

All in, it was about £3000 for the two of us, including the bike for six weeks on the road. By the we got home were so poor, but it was amazing. I had no idea what to expect. I was so naïve. I didn’t know what was instore. But it felt like it lasted forever.

This year we went from Wales to England to France, into Eastern Europe, Greece, Albania, Bosnia, Croatia, Slovenia, Austria and back on a 1996 Yamaha Tenere 660 bought for £1300 off Gumtree. Our budget was a bit more than for Morocco and we were on the road for ten weeks between university terms.

The second trip was good but different. The first one was mind blowing because I didn’t know what to expect. This time around it was less of a novelty. I came away thinking too much preparation is a bad thing. Just don’t go prepared, that would be my advice, because the more prepared you are the less open you are to things happening. The second time we did a year of research; the best stove to get, the best roads in Bosnia etc, and none of it really came in handy. You just have to go out and explore. 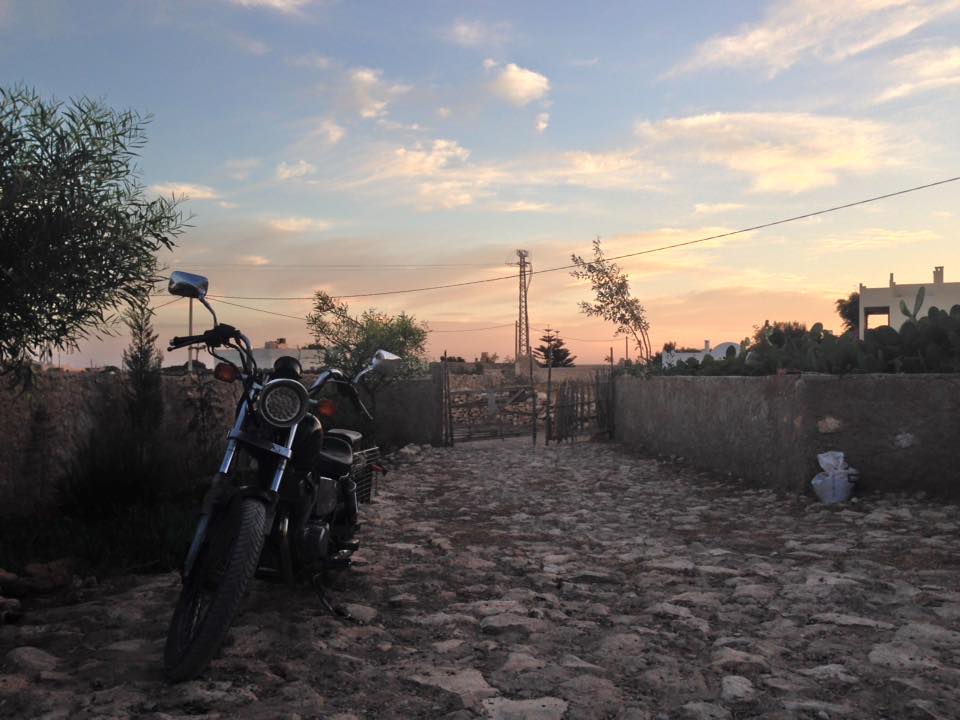 Later this year I’m going to get a CBT and my first bike. fell in love with the Suzuki GN 125 so I’m after one of those. I’ve been happy to sit on the back and daydream and look around. There’s never been a point up until now when I’ve wished I’ve been riding, but maybe I want a slice of the action for myself now.

Our long term plan is to ride around the world in 2020 n a pair of Royal Enfields. We’re hoping we can work as we go along and keep the funds topped up. We’re aiming for Australia, then South America, and up to Canada where we can get working visas. The hope is that doing trip like this will open doors to other thing. I just don’t want to graduate and go straight into a 9-5 job, not just yet. Not when there’s so many other places to see.

For more information on planning your own adventure to Morocco visit Chris Scott’s excellent website www.adventure-motorcycling.com, with his book Morocco Overland full of route maps and advice.