I came across this bike when putting together issue 3 of Getting into Adventure. I thought it looked superb. I got in touch with the guy in America who builds it to find out a little bit more… 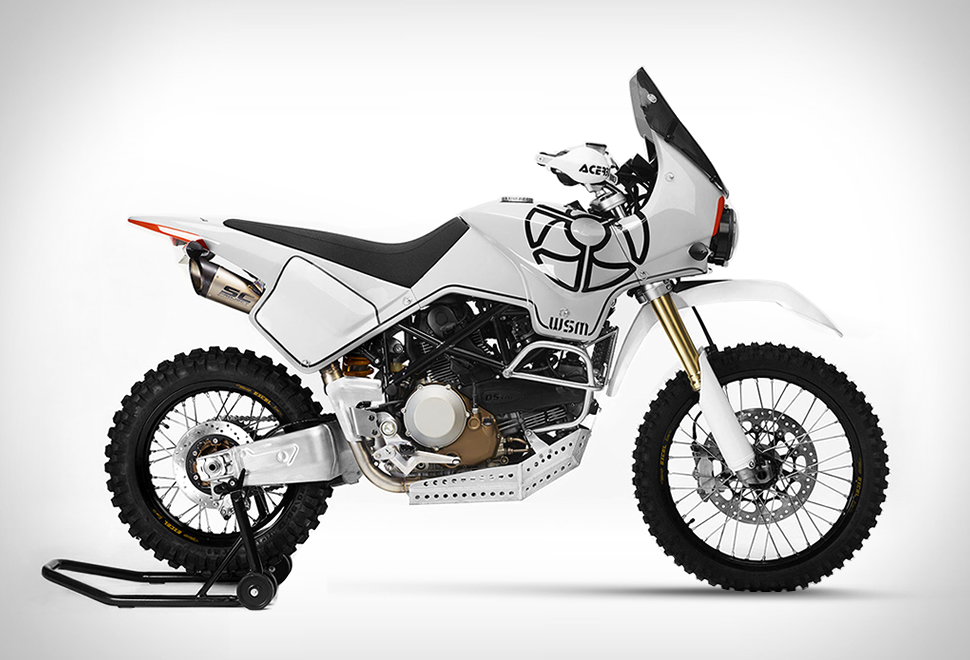 Bikes don’t come much better looking than this. It’s the L’Avventura Series, a built-to-order adventure bike by New Hampshire (USA) resident Walt Siegl and his lead technician Aran Johnson. The bike is powered by a 1100cc L-Twin Ducati engine (previously in the Monster and Hypermotard), features a 25-litre fuel capacity and a sophisticated GPS system for long journeys. Other upgrades include custom suspension, bug eye Hella lamps, and 21-inch front/17-inch rear tyre and wheel combo.

Walt explains, “The bodywork is full Kevlar and can be removed through dzus fasteners within a few minutes. There are two aluminium fuel cells: one underneath the tank shell, and one within the subframe. The two units are connected with quick disconnect line that is large enough to drain into each other quickly when you fill up the tank. I wanted to make sure the bike can carry enough fuel so that it can be used as a true rally bike. The suspension components are built and tuned for this bike’s weight, which is around 156 kilos. 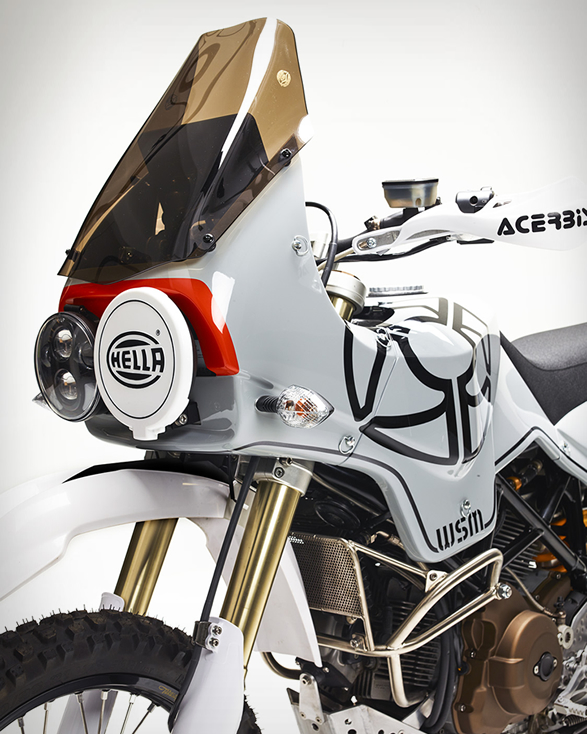 A special fork lug has been machined so a radial calliper can be mounted. The geometries are off-road, with 26 degree steering neck and 13 degree swing arm. I wanted to make sure that the seat doesn’t end up as a wedge, as it is normally the case with true off-road bikes, so I gave it the correct height for its purpose. I also made it wide and cushioned enough so it is comfortable for long travels. The upholstery is a grippy vinyl, so you don’t slide back when you move yourself forward on the tank shell. The final drive gearing is tuned so that it can be used in even technical terrain. And the six-speed gear box leaves enough so the bike can be run at highway speed without hitting high rpms. The GPS is quite sophisticated. It has 14,000 miles of trails already downloaded. It also reads speed and can be easily disengaged from its holder and used as a tablet.

I designed the bike so it is light, with a powerful engine to do long trips with full off-road capabilities. Visually, I wanted to lend a 80s/90s aggressive rally look without giving up a bit of elegance. For future builds, I will offer panniers that I’m currently designing.”

The L’Avventura starts at $34,000. For more information visit
www.waltsiegl.com 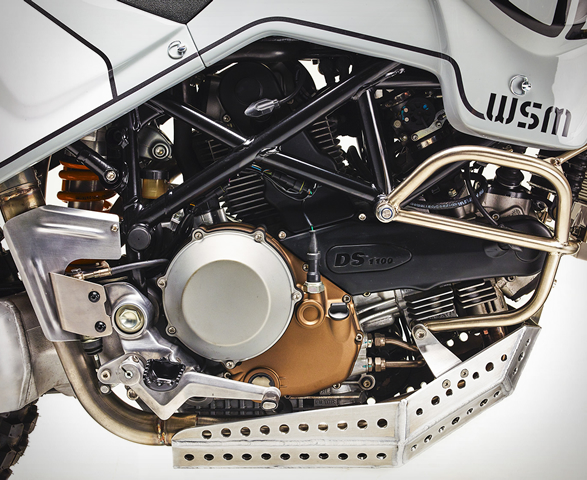 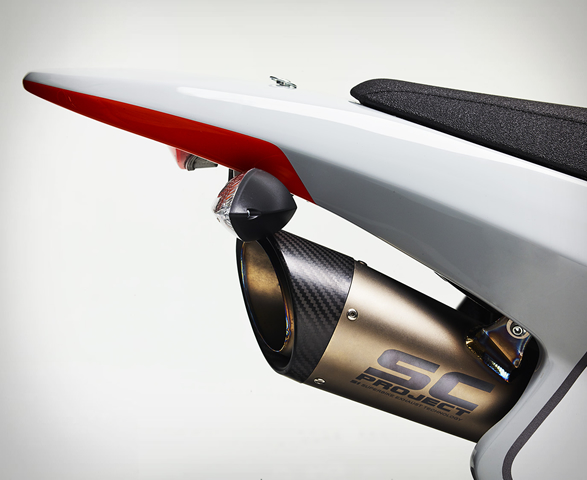 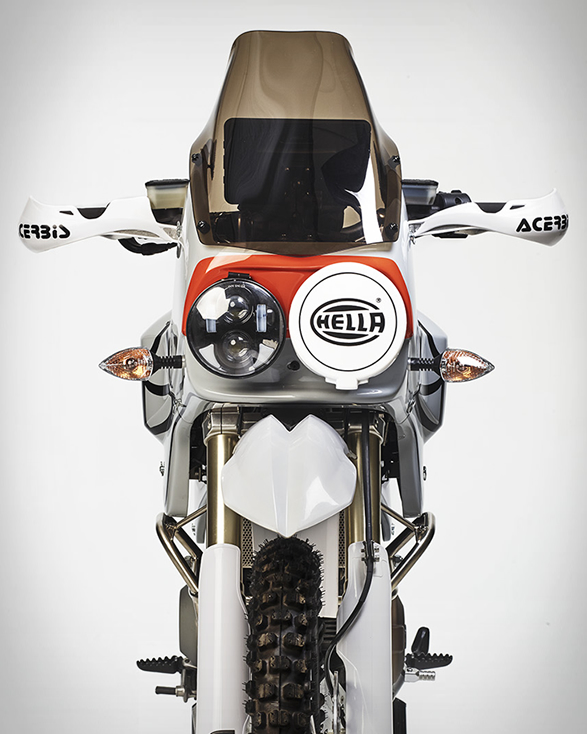