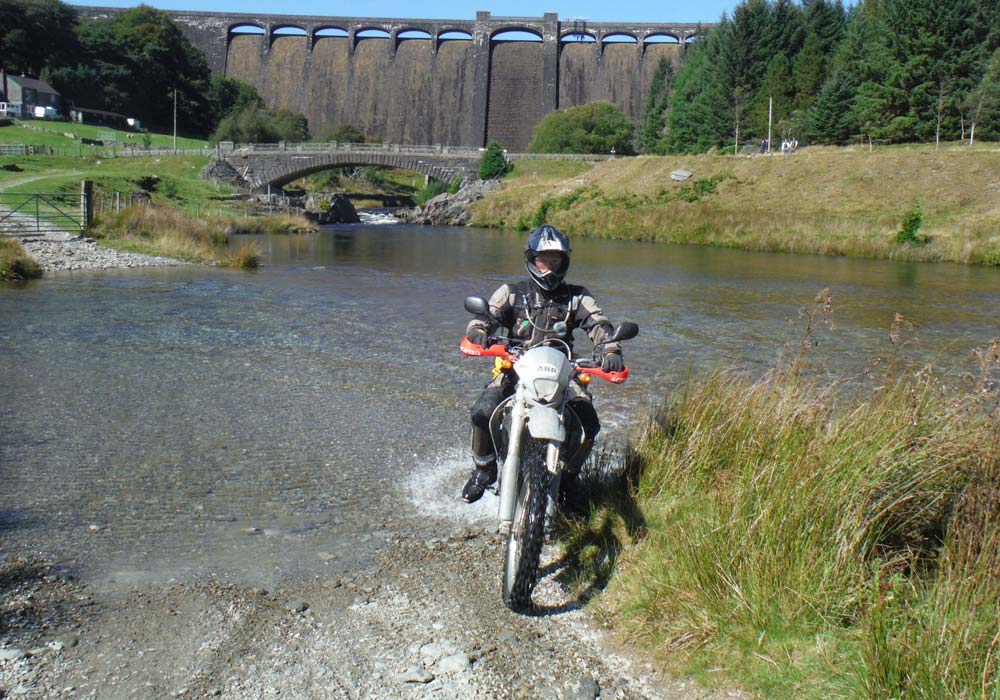 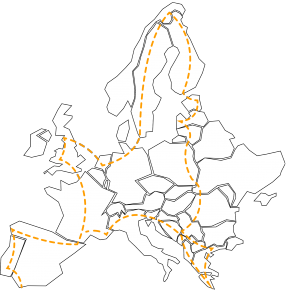 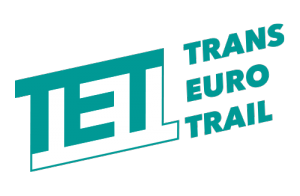 The Trans European Trail is a new initiative to link up the trails of Europe. The appeal of it is that for the first time there’s a fully mapped out route to follow, with the full route downloadable as GPX files and up-loadable to your smart phone or GPS unit. It takes its name from the TAT, or the Trans American Trail, a similar route devised several years ago to mark out a complete off-road route across America.

Now one for Europe, the route passes through 29 countries in total, covering over 34,000 kilometres, with 1200 miles of those passing through the UK.

The TET enters the UK through the ferry port of Newhaven and winds its way across the south of England, through narrow lanes and quaint villages before breaking out onto the rolling expanse of the Salisbury Plain, passing the prehistoric monument of Stonehenge.
Trails here can either be hard back or, if wet, very slippery. It then runs north and west crossing the Severn Estuary entering the mountain vastness of the Principality of Wales.
Staggering views and remote trails characterise this country. Re-entering England, the TET traverses the industrial Midlands before entering the Peak District and reaching the valleys, drystone walls and sheep covered hillsides of the Yorkshire Dales National Park.

The high mountains and clear waters of Wordsworth’s Lake District await you next before finally crossing England’s watershed for the last time through remote moorland and down to the North Sea port of Newcastle.

The TET is aimed at small and medium capacity trail bikes – bikes such as Yamaha’s WR250R and XT600 and XT660Z Tenere, CCM’s GP450, KTM’s 690 and Suzuki’s DRZ400. Larger bikes can tackle it but riders need to be more experienced and competent. Soft luggage, travelling light is the ethos – leave those panniers and armchairs at home. This is overlanding in its purest form. 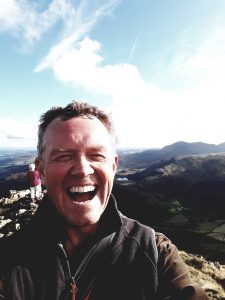 The TET was the brainchild of John Ross. Here he explains more about how the idea came about…

“I’ve been riding for 33 years and have been lucky enough to explore trails around Europe and in Eastern and Southern Africa. I’ve dipped my toe in Rally Raid but found my greatest pleasure was sharing adventures and camp-fires with good mates in remote locations using motorbikes to explore off the beaten track and see parts of the world that only a bike can carry you to.

This morphed into co-organising an off pavement trip from the North Sea to Tarifa in 2007 and then in 2009 and 2010, inviting friends to participate in long distance trail rides in France and Belgium to raise smiles and some money for good causes.

Beers, chats and the internet led to a realisation that there were like minded individuals scattered across Europe with the same passion for exploring by trail bike and that each knew a lot about their neck of the woods but were all looking just over the horizon to extend their trips. This realisation coupled with the variety and history of our continent and the question of why we all spent time dreaming about far off exotic places when there was so much to be seen on our doorstep grew into tentative enquiries on forums and then unabashed cold-calling of likely co-conspirators around Europe.

The idea of developing a free to access legal off-pavement route from North Cape to the Straits of Gibraltar fell on fertile ground and a plan was hatched to form a group on Facebook to pool ideas and bounce ideas around. A TAT for Europe or perhaps a motorcycle version of a GR walking route was the vision.

We soon realised that a single route would not do the continent justice, so the Trans Euro Trail developed two arms – one through western Europe and the UK and the other through the Balkans and Eastern Europe – a total of 29 countries and in excess of 34,000km.
The more ‘vocal’ participants got ‘voluntold’ into becoming Linesmen – one per country to coordinate their local contributors – not with promises of financial returns (the TET is fiercely independent, entirely community run and not for profit although supported with a long arm by Adventure Spec), but with the thought of good karma and a warm fuzzy feeling alone.

The revelation of this project has been the power of the internet to first make contact with and then facilitate discussion between so many individuals who, in many cases, have never met but share a passion, ethos and aspiration that transcends national boundaries and languages.

Our passion is shared but so too are the challenges that riders face across Europe. Changing public perceptions of trail riders from hoodlums to valuable, responsible contributors to rural economies just as long distance walkers, cycle-tourers and canal boat users are is the ripple effect of this project. Making adventurous light weight motorcycling mainstream may be too much to ask but we’re making a start!

The future? Who knows. We’d love to see the TET become established as a bucket list aspiration for overland travellers, whether they take on the whole thing in one go or just take bite-sized chunks at a time. We’d love to see a TET article feature in a Sunday paper travel section – not just the motoring section.

We’d love to see rural businesses putting up ‘TET Riders Welcome’ stickers in their windows. I’d love to see more people discovering the unique joy of travelling by a lightweight, quiet motorcycle (petrol or even electric!) with their few essentials strapped on the back stopping to take in views, smiling at the top of challenging sections, settling down around a camp-fire and soaking in the variety of this great continent. I’d like to do that with my son and seeing a new generation join us without feeling they need to spend a fortune on bigger and newer bikes.

But most of all I want to meet a couple of Montenegrans following the TET down Fremington Edge in the Yorkshire Dales revelling in the beauty I call home.”
To find out more about the TET and to download the route visit www.transeurotrail.org/uk/ 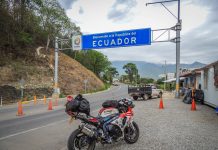 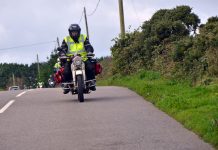 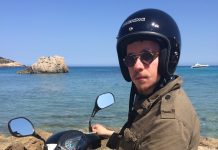